Join us in our first activity of the year: the movie night! On Thursday 19 November we will watch two beautiful, award-winning films produced by Leonardi DiCaprio at the Rietveld Theater. DiCaprio is identified as one of the most active celebrities in the climate change movement, by establishing a foundation, supporting others and producing several documentaries.

DiCaprio goes on expeditions with scientists uncovering the reality of climate change and meets with political leaders fighting against inaction. With thought leaders around the world, DiCaprio searches for hope in a rising tide of catastrophic news.

The second film on display is a conventional documentary, showing beautiful drone shots of our planet and ways in which we are sadly destroying it. It focusses on technical, realistic solutions to some of the "cataclysmic effects of global warming".

The tickets are all sold out! We are looking forward to the event and hope to see you there! 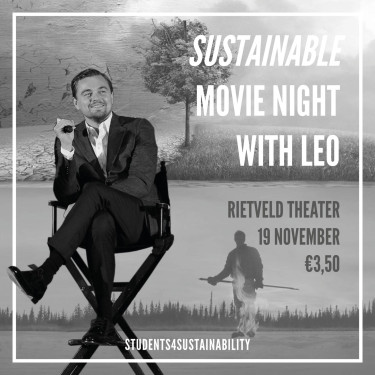