We are proud to present you those who recommend Students4Sustainability: 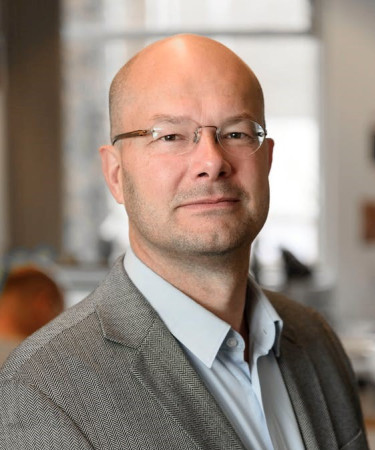 Director of Friends of the Earth Netherlands (Milieudefensie)

In 2020 Donald Pols gave a lecture for S4S about the case that Milieudefensie filed against Shell. Milieudefensie was the first organization in the world to hold Shell responsible for their CO2 emissions. This case was won on May 26, 2021.

After graduating in Environmental Policy and Management at the University of Amsterdam, Donald Pols became campaign manager at Milieudefensie in 2000. As an expert on financing of the transition towards renewable energy, he participated in the UNFCCC negotiations in 2008. After this, Donald Pols was director of the World Wide Fund for Nature (WWF) in Beijing and senior manager of International Climate Policy for the Energy Research Center of the Netherlands (ECN). In 2015, Donald Pols became director of Milieudefensie, with climate justice as its focus. 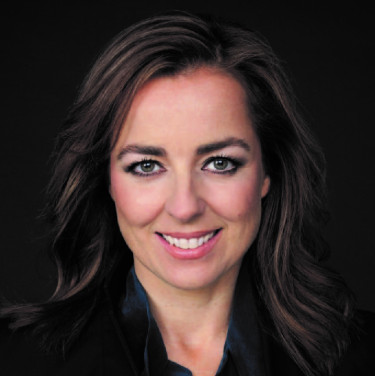 For the S4S Symposium in 2018 (‘What’s shaping the way to a sustainable future’) Marianne Thieme was one of the four guests of the night.

After her study Laws at the Erasmus University Rotterdam, she worked for a commecial research and consultancy government agency. In 2001 she became a policy officer at the Union for Animals, a foundation committed to the protection of fur animals. Three years later she became director of the foundation 'Wakker Dier'. Subsequently, she founded the party: 'Partij voor de Dieren' in 2002. From November 23rd 2006, she was the chairwoman in the House of Representatives and a Member of Parlement from November 30th 2006. Since then 'Partij voor de Dieren' boosts other animal friendly parties to work harder for animal well-being and animal rights. 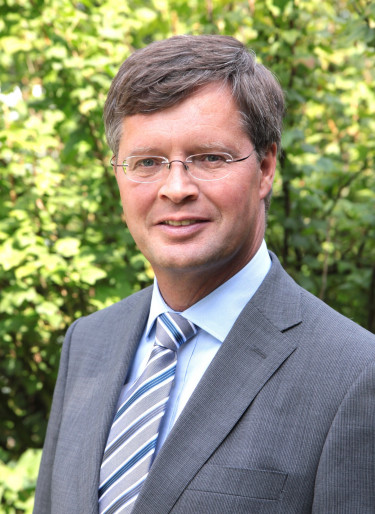 During the foundation of Students4Sustainability, mister Balkenende was present at the festive opening, where he first encountered S4S.

After studying history at the VU Amsterdam, he obtained a doctoral degree. In 1982 he became active with respect to politices, starting in the local counsil of Amstelveen. Beside, he has earned a doctoral degree in law and became a professor Christian social thinking at the VU. With this background he started in the House of Representatives in 1988, which to presidency 4 years later. After leading the Netherlands for 8 years, he reentered education as professor Governance, Institutions and Internationalisation at the Erasmus University Rotterdam. Beside, he is active as external consultant for accountacy and consulancy agency Ernst&Young. Because of his activities he has been promoted to Knight Grand Cross in the order of Orange Nassau. 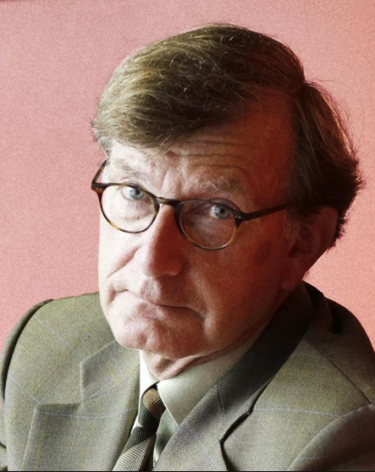 In 2018, Klaas was our host during the S4S Symposium. He has studied food technology in Wageningen through which he became an evironmental scientist. He pursuided in this field by starting working at the National Institute for Health and Environment in 1972. Here, he was employed in multiple functions and lead the research to air polution and soil and groundwater in the Netherlands. In 1989 he became director Environment at the RIVM. After separation of this department, he was the first director of the new Environment and Nature planning office. Beside, he is consultant of the Triodos Bank with respect to sustainabiity. With this background he has become professor Geosciences (environmental science and sustainability) at the University of Utrecht. He shared the knowledge he has gaied by means of two books: 'Een vorm van beschaving' and 'Sustanable civilization'. 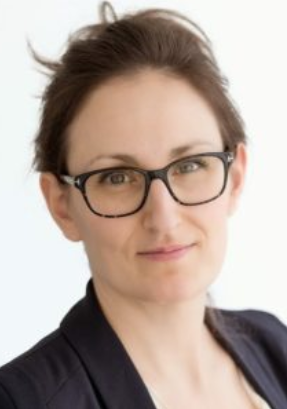 In 2018, Babette was one of our significant guests at the S4S Symposium.

The base of her carreer lies on Industrial Desgin at Delft University of Technology. From here, she became designe, resulting in her own studio Babette Porcelijn / Think big act now. By glancing more and more on sustainabiity, whe wrote her book: 'The Hidden Impact'. Due to this book, she ended 73rd in the Sustainable 100 of newspaper Trouw in 2018 and in the finale of the Dutch Design Awards. In the Hidden Impact she investigates the most effective way for consumers to become more sustainable. Of course that starts with knowing where you can make the biggest impact. Precisely there she discovered a large blind spot: The Hidden Impact. 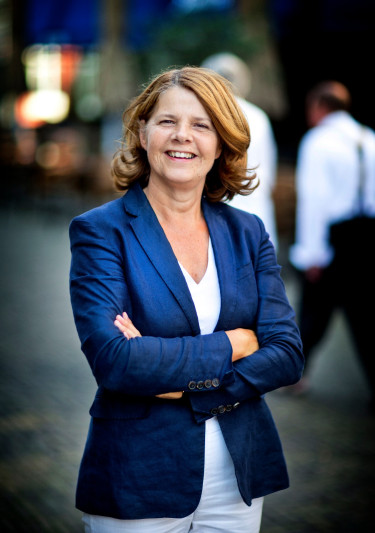 After high school, Marja van Bijsterveldt went to nursing school and worked in health care. During that time, she was member of the board of the CDJA and was elected for the local counsil for the CDA in Almere in 1990. In September 1994 she became the mayor of township Schipluiden, making her the youngest in this function in the Netherlands. In November 2002 Van Bijsterveldt became chairwoman of the CDA. By taking office of the Balkenende cabinet IV, she was appointed as state secretary of the ministry of Education, Culture and Science. At the Lower House elections of 2010 Van Bijsterveldt got a seat in the Second Chamber of the States General. From 2010 to 2010 she was minister of Education, Culture and Science in the Balkenende-cabinet IV and in the Rutte-Cabinet I. Since June 2016 she is the mayor of Delft. 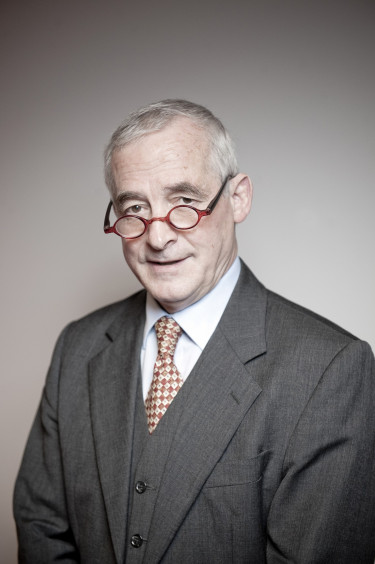 Prof. Karel Luyben is Rector Magnificus of Delft University of Technology since 2010, and has a broad academic record. After finishing his study Chemical Engineering (TU Eindhoven), Luyben became professor Bioprocesstechnology in Delft in 1983. He fulfilled many function with respect to biotechnology and processtechnology, for example as chairman and founder of the EFB European Section of Biochemical Engineering Science. During his career, he has advised the industry in the field of technology and policy & strategy. As director, Luyben is known for his vigor, passion and creative ability. 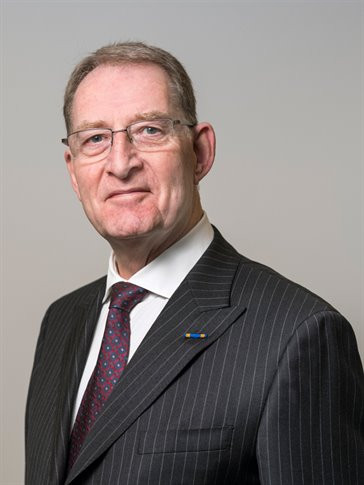 Old commissionar of the Queen in the province South-Holland

The political carreer of Jan Franssen start as advisor of Hans Wiegel. In 1982 Franssen was part of a class of young, ambitieus VVD MPs. He evolved fastly into a competent spokesman for education and domestic administration and later became fraction secretary. After leaving the House of Representatives as mayor of Zwolle, he became chairman of the VNG and Commissionar of the Queen in South-Holland. As Commissionar of the Queen, he is the chairman of the Provincial Executives and of the Provincial States and thus fulfills a binding role between the daily board of the province and the public representation. 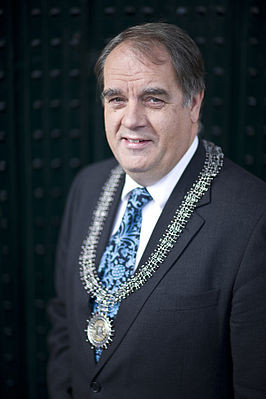 After obtaining his doctoral in Law and Planning at the National University of Groningen, Bas Verkerk got to work as a lawyer at the Council of States, to become group chairman of VVD in The Hague subsequently. Verkerk carried out employment conditions negotiations for municipal officials in his function as chairman of the College of Labor affairs of the VNG. In 2004, Verkerk was appointed as vice president of the European Committee of the Regions, and since 2004 he is Mayor of Delft. In 2010, after a positive recommendation of the local council of Delft, he was reappointed for a period of 6 years. 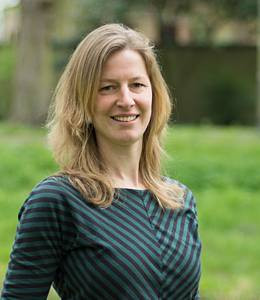 Esther Blom has studied movement technology at The Hague University. After finishing her study in 2002, besides her research job at faculty Mechanical Engineering of Delft University of Technology, she worked on setting up the Movendi Foundation, a foundation committed to improving living condition of people with a handicap in development countries. Esther has broader interests for projects and ventures in development countries with the goal aimed at 'sustainable development'. Since 2007, she has been active as project manager/teacher at the Delft Centre for Entrepreneurship, where she is concerned with sustainable entrepreneurship in the bachelor and master education.